CJEU: “A property which is let in a Member State, in the circumstance where the owner of that property does not have his or her own staff to perform services relating to the letting, does not constitute a fixed establishment for VAT purposes"

The request has been made in proceedings between Titanium Ltd, established in Jersey, and the Finanzamt Österreich, formerly Finanzamt Wien (Tax authority of Austria, formerly tax authority of the city of Vienna, Austria) (‘the tax authority’), concerning the levying of value added tax (VAT) on rental income relating to a property located in Austria for the tax years 2009 and 2010.

·     Titanium is a company whose registered office and management are located in Jersey and whose corporate purpose is property management, asset management and the management of housing and accommodation.

·     In order to carry out those transactions, which were Titanium’s only activities in Austria, Titanium appointed an Austrian real estate management company to act as intermediary between the service providers and suppliers, to invoice rental payments and operating costs, to maintain business records and to prepare the VAT declaration data. Those services were carried out by the agent in premises which were not the property belonging to Titanium.

·     However, Titanium retained the decision-making power to enter into and terminate leases, to determine the economic and legal conditions of the tenancy agreements, to make investments and repairs and to organise their financing, to choose third parties intended to provide other upstream services and, finally, to select, appoint and oversee the real estate management company itself.

·     Although Titanium had taken the view that it was not liable to pay VAT in respect of its activity of letting the property, on the ground that it did not have a permanent establishment in Austria, the tax authority’s view was that a property which was rented out constituted such a permanent establishment and, consequently, the tax authority determined an amount of VAT chargeable to that company for the tax years 2009 and 2010.

·     Titanium brought an action before the Bundesfinanzgericht (Federal Finance Court, Austria) against the tax authority’s decisions, claiming that, in the absence of staff, the property which it rented out could not be regarded as being a permanent establishment.

·     For its part, the tax authority pointed out that, under the Umsatzsteuerrichtilinien 2000 (Guidelines on Turnover Tax 2000), a trader who owns immovable property in Austria that he lets, subject to tax, must be treated as a national trader and that the person to whom the services are supplied is not liable to pay the tax on that transaction. Accordingly, there is always a permanent establishment where immovable property is let.

·     In that regard, the referring court states that the national provision which it must apply is Article 19(1) of the UStG, which provides that the tax liability is transferred to the person to whom the services are supplied if the trader does not carry on its business in national territory or does not have a permanent establishment (Betriebsstätte) there. The referring court states that that provision transposed not only Article 196 of Directive 2006/112 but also Article 194 of that directive.

·     In that regard, the referring court points out that several German tax courts have held that, although it does not use any human resources, a wind farm may be regarded as constituting a fixed establishment where such a farm has a significant value and has a maximum degree of stability. It states that, however, to date, the Bundesfinanzhof (Federal Finance Court, Germany) has made no ruling on that issue.

·     The referring court accordingly is unsure regarding the concept of ‘fixed establishment’ in respect of an activity which, as for the activity in the main proceedings, does not make use of any technical and human resources for its performance.

·     In those circumstances, the Bundesfinanzgericht (Federal Finance Court) decided to stay the proceedings and to refer the following question to the Court of Justice for a preliminary ruling:

‘Is the concept of “fixed establishment” to be interpreted as meaning that the existence of human and technical resources is always necessary and therefore that the service provider’s own staff must be present at the establishment, or can – in the specific case of the letting, subject to tax, of a property situated in national territory, which constitutes only a passive tolerance of an act or situation whereby the supplier authorises a third party to do something that the latter could not do without such authorisation (Duldungsleistung) – that property, even without human resources, be regarded as a “fixed establishment”?’

The CJEU judged as follows:

From the considerations of the Court

The admissibility of the question referred

·     In that regard, the Republic of Austria submits that Article 194 of Directive 2006/112 and Article 194 of Directive 2006/112 as amended provide the Member States with a right to choose and entrusts them with the task of determining the conditions for the application of those provisions, by deciding whether or not to transfer the tax debt to the recipient of the service, such that the choice made by the Austrian legislature makes the question referred by the national court redundant.

·     From that, the Republic of Austria concludes that the concept of ‘fixed establishment’ has nothing to do with the case at issue in the main proceedings, which justifies the request for a preliminary ruling being declared inadmissible.

·     In that regard, it must be recalled that, in accordance with the Court’s settled case-law, in the context of the cooperation between the Court and the national courts provided for in Article 267 TFEU, it is solely for the national court before which the dispute has been brought, and which must assume responsibility for the subsequent judicial decision, to determine in the light of the particular circumstances of the case both the need for a preliminary ruling in order to enable it to deliver judgment and the relevance of the questions which it submits to the Court. Consequently, where the questions submitted concern the interpretation of EU law, the Court is, in principle, bound to give a ruling (judgment of 29 April 2021, Ubezpieczeniowy Fundusz Gwarancyjny, C‑383/19, EU:C:2021:337, paragraph 29 and the case-law cited).

·     It follows that questions on the interpretation of EU law referred by a national court in the factual and legislative context which that court is responsible for defining and the accuracy of which is not a matter for this Court to determine, enjoy a presumption of relevance. The Court may refuse to rule on a question referred by a national court only where it is quite obvious that the interpretation of EU law that is sought is unrelated to the actual facts of the main action or its object, where the problem is hypothetical, or where the Court does not have before it the factual or legal material necessary to give a useful answer to the questions submitted to it (judgment of 1 October 2020, Úrad špeciálnej prokuratúry, C‑603/19, EU:C:2020:774, paragraph 28 and the case-law cited).

·     In the present case, the referring court stated, in a document of 19 August 2020 disclosed to the Court, that the question referred to the Court relates in general terms to the interpretation of the concept of ‘fixed establishment’ found in Directive 2006/112 and in Implementing Regulation No 282/2011 and that that question does not contain any specific reference to Article 194 or Article 196 of that directive. It pointed out that the question whether the main proceedings fall within the scope of one or other of those articles is ultimately ancillary, given that both of those articles raise the question of the State in which the taxable person is established, which means that, in both cases, it is necessary to decide whether or not there is a fixed establishment.

·     Therefore, the legal position of the Republic of Austria is not the only possible interpretation which could be adopted and cannot therefore render the question referred inadmissible.

·     By its question, the referring court asks, in essence, whether a property which is let in a Member State constitutes a fixed establishment within the meaning of Article 43 of Directive 2006/112 and Articles 44 and 45 of Directive 2006/112 as amended, in the circumstance where the owner of that property does not have his or her own staff to perform services relating to the letting.

·     As a preliminary point, it should be noted that the referring court does not specify whether it wishes to consider whether that property may be characterised as a fixed establishment of a taxable person receiving or, by contrast, supplying services relating to the letting of that property. Nevertheless, it is possible to answer the question referred by taking both those situations into consideration.

·     The concept of ‘fixed establishment’, in accordance with the Court’s settled case-law, implies a minimum degree of stability derived from the permanent presence of both the human and technical resources necessary for the provision of given services. It thus requires a sufficient degree of permanence and a structure adequate, in terms of human and technical resources, to supply the services in question on an independent basis (judgment of 28 June 2007, Planzer Luxembourg, C‑73/06, EU:C:2007:397, paragraph 54 and the case-law cited). In particular, a structure without its own staff cannot fall within the scope of the concept of a ‘fixed establishment’ (see, to that effect, judgment of 17 July 1997, ARO Lease, C‑190/95, EU:C:1997:374, paragraph 19).

·     That case-law is supported by Article 11 of Implementing Regulation No 282/2011, according to which a fixed establishment is characterised, inter alia, by a suitable structure ‘in terms of human and technical resources’. While it is true that that implementing regulation became applicable, by virtue of Article 65 thereof, only from 1 July 2011 and therefore does not apply ratione temporis to the case in the main proceedings, recital 14 to that implementing regulation states that it seeks to clarify certain concepts, including the concept of ‘fixed establishment’, taking into account the case-law of the Court.

·     In the present case, it is apparent from the documents before the Court that the applicant in the main proceedings does not have any staff of its own in Austria and that the persons responsible for certain management tasks were contractually appointed by that company, which reserved for itself all important decisions concerning the letting of the property in question.

·     A property which does not have any human resource enabling it to act independently clearly does not satisfy the criteria established by the case-law to be characterised as a fixed establishment within the meaning of both Directive 2006/112 and Directive 2006/112, as amended.

·     Consequently, the answer to the question referred is that a property which is let in a Member State in the circumstance where the owner of that property does not have his or her own staff to perform services relating to the letting does not constitute a fixed establishment within the meaning of Article 43 of Directive 2006/112 and of Articles 44 and 45 of Directive 2006/112, as amended.

For further information click here to be forwarded to the text of the judgment as published on the website of the CJEU, which will open in a new window. 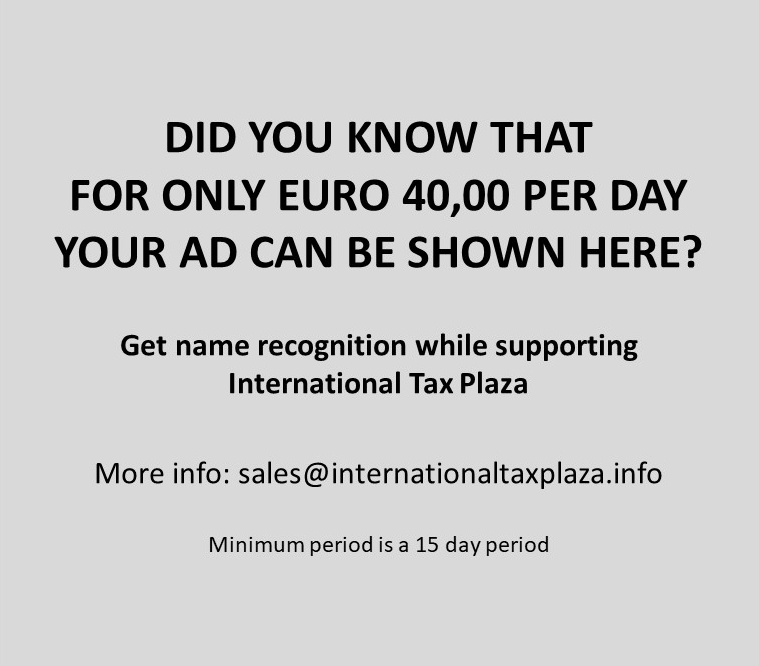