Wrong from the get-go: The European Commission’s consultation on fighting the use of shell entities and arrangements for tax purposes

Most of the questions included in the questionnaire are so-called multiple choice questions and only a few times interested parties have the possibility to provide alternative input. Looking at the questionnaire I get the feeling that the European Commission has already chosen the direction it wants to go, which is mainly based on the colored way left-wing activists describe(d) shell entities (or letter-box entities as they prefer to call them).

Back to the beginning

For me the whole matter really took off with the discussions regarding the Starbucks case. In these discussions left-wing activists attacked the Netherlands tax system and ruling practice by stating that Starbucks was avoiding taxes by using a shell entity through which it had structured its non-US IP. Furthermore these activists complained that Starbucks had obtained (a) ruling(s) from the Dutch tax authorities. According to them this shell entity was resident on an address where several entities were resident. Furthermore it was stated that the Dutch “IP-entity” did not employ a significant number of employees. Therefore to there opinion the Starbucks entity lacked substance and was a shell entity which was put in place for the sole purpose to avoid taxes.

Since I knew little of the Starbucks’ presence in the Netherlands this attracted my attention. So I did a very high-level review of what Starbucks actually had in the Netherlands. First I tried to figure out the official address of the IP-entity. And indeed many entities were registered at this address. However, they were all Starbucks entities. Amongst others the regional Starbucks headquarters and the roasting company were located at the same address. Then a quick look at LinkedIn learned me that the regional Starbucks headquarters employed several legal and financial professionals. After checking the location of the address on Googlemaps sitting behind my computer I said: “F@#%! If this is a letter-box company, it has the largest letter-box in the Netherlands!” (By this I referred to the square meters of the Starbucks premises where also the IP entity was resident)

Back to the consultation questionnaire

“3.7 In your opinion to what extent the following elements could indicate that certain entity could be considered a shell entity for tax planning purposes?

·     Use of trust and company service providers;

Although question 3.7 is then followed by open question 3.8 where respondents can provide free input this doesn’t take away my concerns that question 3.7 has already set the tone. Question 3.8 reads as follows: “Can you indicate commercial rationales that justify the establishment and operation of shell entities?”

Where do my concerns lay

I will try to set out my concerns by describing 2 similar groups structures. The main activities of the 2 groups differ however.

In case the intra-group transfer pricing used is correct not many will challenge this group structure. Few will argue that this structure is a structure set-up to avoid taxes. Main reason for this obviously being that there is no withholding tax to be withheld over the purchase prices paid. However, if one looks at the arguments left-wing activists use one could take the position that entity B is a shell company.

Now we have a US based company producing products that have mainly an IP value (films for example). Again the rights to broadcast these movies are sold in the US and Europe. In order to be closer to the area the group has incorporated a European HQ in jurisdiction a. And again the European headquarter coordinates the European activities of the Group. For this the European HQ mainly employs legal experts and financial experts in order to safeguard that third parties do not infringe the groups IP rights and in order to make sure that the group receives the correct amount of royalties.

The sales structure the group uses is similar to that of Group A. The US HQ licenses the IP to its US subsidiaries. Furthermore it grants entity B a license with the right to sub-license the IP to both group entities and non-related parties in European jurisdictions. Again entity B employs 1 employee that does the bookkeeping of entity B. The experst from the European headquarter assist entity B amongst others with drafting an reviewing the (sub-)license agreements. Furthermore if third parties infringe the Group’s IP rights (in Europe) the legal experts take appropriate action. The simplified legal group structure looks as follows.

Funnily enough both structures, including the flows of products, rendered services and money are very similar. However, left-wing activists and (left-wing) politicians probably will start yelling that the legal structure of Group B is a typical tax avoidance structure since Group B decided to put its European HQ in a jurisdiction that does not withhold taxes over outgoing royalty payments to the US. Furthermore they will state that since entity B will only be taxed over difference between the incoming and outgoing royalty payments, entity B is low taxed. Their arguments for this will amongst others be that entity B itself does not have separate premises, that it has a low number of employees on its payroll, that its main source of income consists out of passive income and that its income mainly consists out of foreign sourced income.

However, my position is that it is more fair to take into account the substance all group entities of B together have in jurisdiction a instead of solely taking into account the characteristics and substance that entity B has in jurisdiction a. in my view that does more justice to the group structure. If one looks at the group as a whole, group B has a substantial presence/substance in The Netherlands. Furthermore it is very defendable that Group B structures its activities in such a way that if one of its activities goes belly up, this would not drag all activities with it and it’s (sub-)licenses subsequently ending up in the hands of third-parties? Isn’t that also a reason why many operational companies decide to divide their activities over different entities? Even if these activities are located within one jurisdiction. 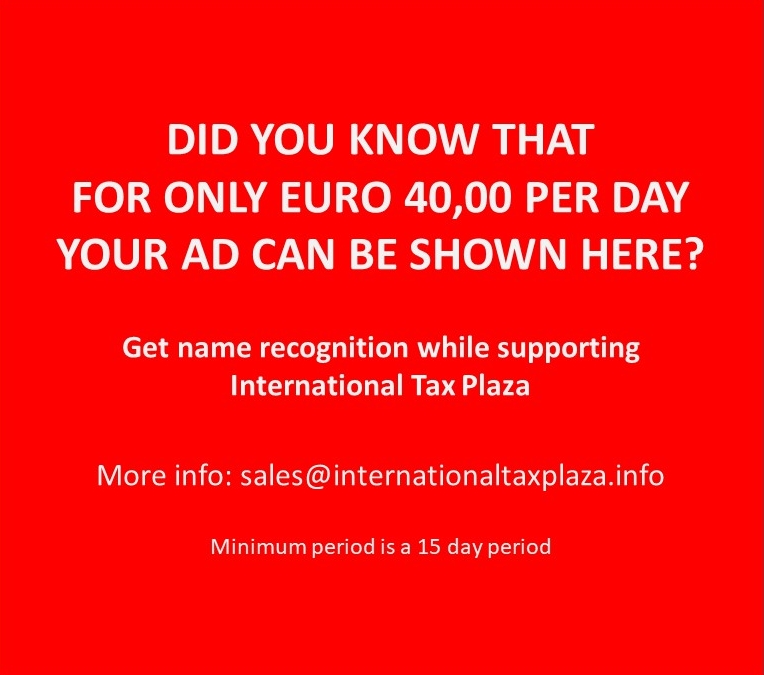